Brian is a young man who has spent the last few years at a sheltered workshop. He is good at reading and math and is detail oriented. His first attempt at employment in the community was bagging groceries. While the position was a good learning experience, the store was noisy and overly stimulating and proved too distracting for Brian's needs. Brian was very disappointed this job did not work out and sought assistance from a job developer at Lifeworks, Inc., in Norwood, MA, in order to find another community-based employment. 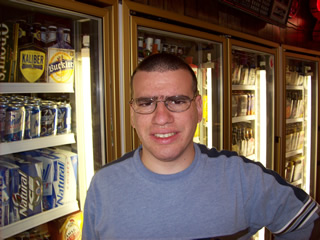 The first step to identifying possible employment opportunities for Brian was to hold a person centered career planning meeting. The meeting was attended by Brian, his mother (a strong advocate for Brian), staff from Lifeworks, and a service coordinator from the state adult services agency and was facilitated by an experienced planning professional. The facilitator led the group in a discussion of Brian’s life history starting with his youth, school, and adult life experiences, as well as activities he enjoyed in his spare time. They made sure to include Brian’s mother, since the staff from Lifeworks had always valued her useful information and suggestions. As Brian talked about his life, the group discussed the things he liked to do, including his long-time hobby of collecting cans and bottles. As the group explored the people in Brian's network, they realized that the owner of a local liquor store has gotten to know Brian, since he regularly visits to redeem cans and bottles.

The job developer from Lifeworks contacted the liquor store to see if the store’s owner had any ideas regarding positions for Brian. The job developer met with the store’s owner in person but kept the meeting casual, simply tapping him for other suggestions to explore further. As the two discussed ideas for Brian, the owner realized he had a need at his store that could be met by Brian’s skills. The work environment is a relatively small, well-defined workspace with minimal distractions, which also met Brian’s needs.

Together with the store’s owner, the job developer created a position at the store for Brian. Brian has been employed in that position working one day per week for several months doing custodial and maintenance work. Brian is just about to celebrate his first year on the job, which is his first long-term success. Although he needs ongoing support to avoid distraction, both Brian and his mom report that they are happy with his job.