Miranda: Creating a Job in an Inclusive Childcare Setting

Miranda loves children and is also interested in helping other people with disabilities. She provides childcare during the school year at the Brookline Early Education Program in Brookline, Massachusetts. Because of Miranda's strong interest in childcare and the employer's inclusive philosophy, her job developer approached the employer with the idea of creating a meaningful job. 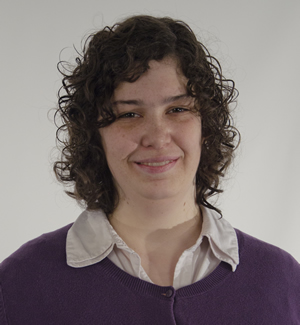 Miranda had limited work experience, but had enjoyed a volunteer job at a childcare center near her high school. She let Jill, her job developer, contact people she knew to talk about job possibilities, including Miranda's life coach (a life coach is a person who can help develop and reach personal goals). Jill learned from Miranda's life coach about the Brookline Early Education Program (BEEP). This program supports children with and without disabilities to be included together in preschool classrooms.

Jill met with the BEEP's executive director and talked with her about Miranda's work experience and her desire to work with young children. Jill brought up the program's inclusiveness and asked if they would consider the same approach in their staffing. The director liked the idea of hiring Miranda, but the program had no open positions. The director was interested in creating a new position because she and her staff saw the need for an additional part-time assistant.

Jill and the director thought Miranda would be particularly helpful assisting in the classrooms. This was in line with Miranda's interest in helping children with disabilities or those who might need extra support with classroom activities, lunch, snacks, and personal care. In addition, Miranda would help other staff clean up the preschool room after the morning class and prepare it for the afternoon class. She could also perform office duties, such as passing out school notices and making photocopies. Miranda had already shown in her previous job that she could do tasks like these.

Jill and the director negotiated the supports they could provide for Miranda on the job, such as coaching from Jill and consistent opportunities to provide feedback. Once they had put together the details of the new position and worked out Miranda's potential hours and earnings, the position was submitted for approval to the school board and the union. Meanwhile, they decided to have a job trial. This would be a chance for Miranda to try out the position on a voluntary basis for three weeks to make sure the job would be a good fit.

During the job trial, program staff saw that Miranda worked very well with the children and was able to complete assigned tasks. Miranda learned that the philosophy and rules at the BEEP were very different from those at the school where she had volunteered before. For example, rather than telling a child not to do something, the staff were encouraged to redirect children in a positive way or get them interested in doing something else. Miranda was encouraged to adopt this approach. Also during this trial period, Miranda and the staff learned how to work together to improve her performance and jointly make decisions about procedures in the classroom.

The new position created for Miranda was approved, and Miranda now works for the Brookline Early Education Program during the school year. She works 12 hours a week at $12/hour. Miranda cares for the children, reads to them, and helps them with classroom activities. She also helps with clerical tasks and maintaining and setting up classrooms.

Miranda continues to learn and grow in the job and the program staff is happy to have hired her. Also, parents of children with disabilities who attend the program have commented that they are happy to see her doing well there; this helps them feel more optimistic that their own children will find meaningful work when they grow up.